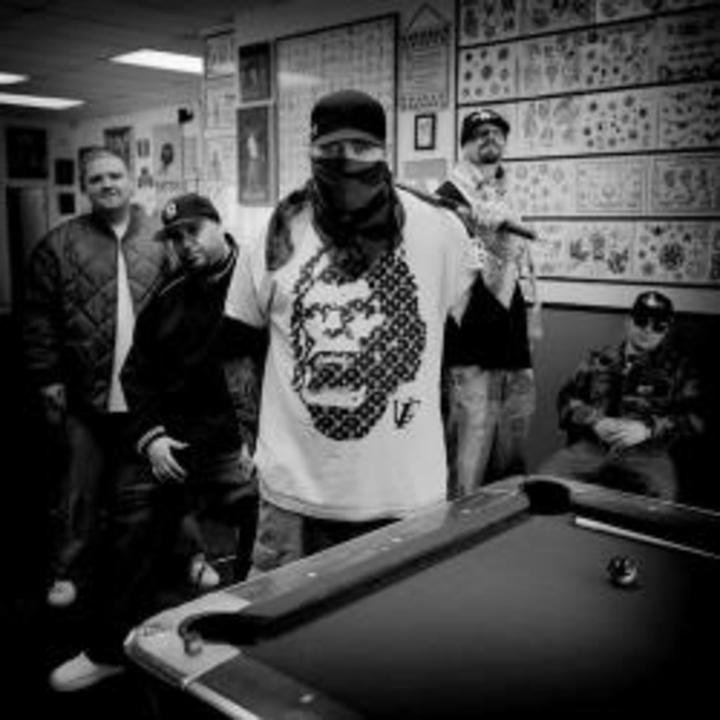 La Coka Nostra is a breath of fresh air in these days of contrived airbrushed rap music. LCN isn’t trying to gloss shit up in the least they like it ugly and gritty the way rap music should always be. Somewhere along the lines people forgot about groups like the mighty Wu-Tang clan or Cypress Hill and the dirty raw esthetic these groups had but La Coka sure didn’t. They embrace the darkness and the dirt and ain’t afraid to be ugly with it. LCN’s music is a much needed return to the days of sex, drugs & rap n roll a sentiment that hasn’t gone unnoticed by the groups growing legion of fans. La Coka rocks for the kids that dig hardcore punk rock and rap and don’t give a fuck who knows about it. Composed of members Ill Bill, Slaine, Everlast, DannyBoy and DJ Lethal. La Coka ain't rapping for the Hollywood set even if you see them on the mean streets in the city of angels. The collective’s individual accomplishments are enough to write a book on but that’s not important right now, the past is the past and LCN is all about the future. The coast-to-coast collective is bringing that punch you in the jaw kind of rap music the worlds been missing for too damn long right about now. La Coka Nostra speaks for the unspoken, the unseen and unrepresented legion of kids that need something to inspire and make them perspire. LCN is a hard, right to the mouth, lyrical foot up the ass to the flossy set and a musical pistol whipping the rap game hasn’t unearthed in way too long a time. In this day and age of songs about 24’s and candy coated paint jobs, LCN is that stench of the mosh pit rap music needs so badly right now in order to preserve its vitality.
Presented by