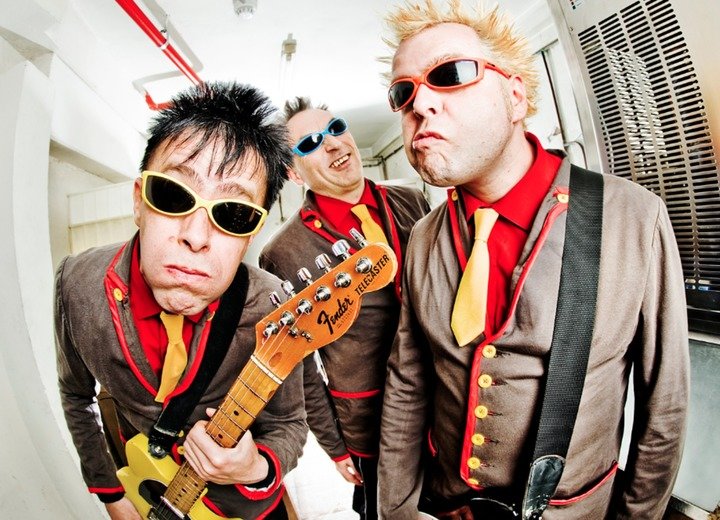 The Toy Dolls, now in their 32nd year! Are about to embark on yet another world tour, and release yet another studio album! The tour starts in April 2012 and will continue into 2013. The album will be released by Secret Records Limited, entitled “THE ALBUM AFTER THE LAST ONE” Coinciding with the tour “THE TOUR AFTER THE LAST ONE”. The band have released, including “Lives” “Best ofs” over 50 CDs! This latest album being the 12th studio album. In a Nutshell, the band began in Sunderland, North East UK in October 1979. Quickly building up a strong local following they were offered the support slot on 2 Angelic Upstarts national tours, this won the band highly favorable press reviews and a national following. The bands first album “DIG THAT GROOVE BABY” of 1983, is recognized as one of the best punk albums of all time, along with the bands 7th album of 1993 “ABSURD DITTIES”. Following the bands early tours with the Upstarts, they began embarking on their own UK national tours, then moving on to the rest Europe and the world. Throughout the past 30 years+ The Toy Dolls have built up one of the strongest most loyal fan bases known to a Punk band on this level. But this is no ordinary Punk band! With song titles like “Dig that Groove baby”, “Yul Brynner was a Skinhead” and “My Girlfriends Dad’s a vicar”, and with a stage show packed with synchronized jumps and dances, choreography and spinning guitars, This is escapism at its best! From the new album, more classic songs and titles, “GORDON BROWN GETS ME DOWN” “DIRTY DOREEN” “DECCA’S DRINKIN’ DILEMMA” & “CREDIT CRUNCH CHRISTMAS” You get the picture!
Previous
All
Next