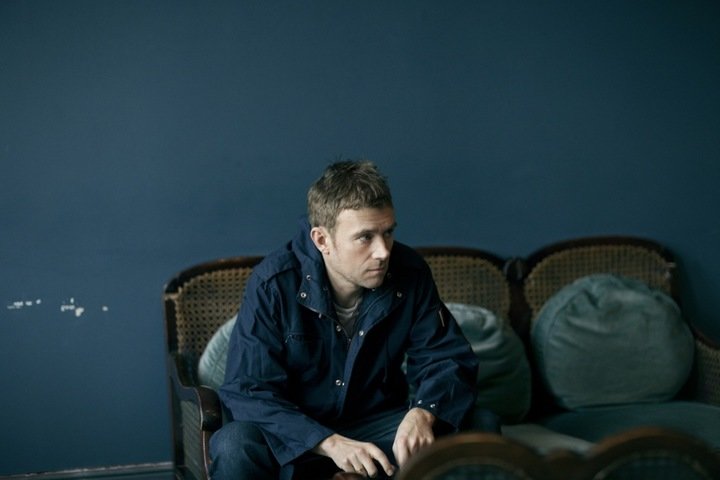 Damon Albarn is a Grammy Award winning singer, songwriter, producer and composer whose eclectic musical style and observational lyrics have made him one of the UK’s most influential and consistently interesting musicians.
As a member of Blur alongside Graham Coxon, Alex James and Dave Rowntree, Damon released seven albums including Parklife, Modern Life is Rubbish and most recently Think Tank. At the forefront of Britpop, Blur went on to win four BRIT Awards.
In 2000, Damon Albarn and Jamie Hewlett created the most successful virtual band ever, Gorillaz. Their multi-platinum debut album Gorillaz sold in excess of 5 million copies worldwide. Demon Days (2005), the second release from Gorillaz, went on to win the Grammy Award for Best Pop Collaboration. 2010 saw the release of Plastic Beach and The Fall ahead of a world tour with a live band that included Mick Jones and Paul Simonon of The Clash and video animation, artwork and film by Jamie Hewlett.
Albarn’s first full-length opera composition, Monkey: Journey to the West premiered at Manchester International Festival in 2007. Created in collaboration with Jamie Hewlett and Chen Shi Zheng, Monkey was performed entirely in Manadrin and went on to show at the Royal Opera House, the Théâtre du Châtelet in Paris, the Spoleto Festival in Charleston, and in New York as part of Lincoln Center Festival 2013. His second opera Dr Dee, co-created with Rufus Norris, premiered at Manchester International Festival in 2011 to widespread critical acclaim before opening at the English National Opera’s London Coliseum as part of the 2012 Cultural Olympiad.
Other releases outside of Blur and Gorillaz include: Mali Music (2002) recorded with local musicians in Mali; The Good, The Bad and The Queen (2007) with Paul Simonon, Tony Allen and Simon Tong; Kinshasa One Two (2011) by DRC Music – recorded with Western producers and contemporary Congolese musicians in the Democratic Republic of Congo over 5 days in July 2011 to benefit Oxfam; and Rocket Juice and The Moon (2012) with Tony Allen and Flea from the Red Hot Chili Peppers. June 2012 saw the release of a studio album Dr Dee, 18 tracks of songs and music inspired by the life of John Dee, mathematician, polymath and advisor to Elizabeth I, written and produced by Albarn.
Other projects include Africa Express, the collective of African and Western musicians founded by Damon and Baaba Maal in 2007. Following acclaimed outings in Britain, France, Spain and Nigeria, Africa Express filled a train with dozens of guest artists in September 2012 and played several sold out shows and pop up performances across mainland Britain as part of the London 2012 Festival. Africa Express will release a new album titled Africa Expres Presents: Maison Des Jeunes in December this year. The record was recorded over 6 days last October in Bamako, Mali with local Malian musicians and Western artists and producers including Songhoy Blues, Kankou Kouyaté, Bijou, Brian Eno, Nick Zinner and Ghostpoet.
Damon Albarn’s film soundtrack work includes Ravenous (with Michael Nyman), Ordinary Decent Criminal and 101 Reykjavik and most recently Broken.
He is a co-founder of record label Honest Jons and in 2006 travelled to Algeria with an Honest Jons production team to record thirty one local musicians performing Chaabi at the Conservatoire d’Algiers. The result was an album, Abdel Hadi Halo & The El Gusto Orchestra of Algiers, released on the label the following year.
As a producer, Albarn most recently co-wrote and produced the critically acclaimed Bobby Womack album The Bravest Man in the Universe (2012).
Damon Albarn has sold over 30 million records worldwide. He lives in London with his family.
A new studio album from Damon Albarn – his first solo record - will be released in Spring 2014.
Presented by