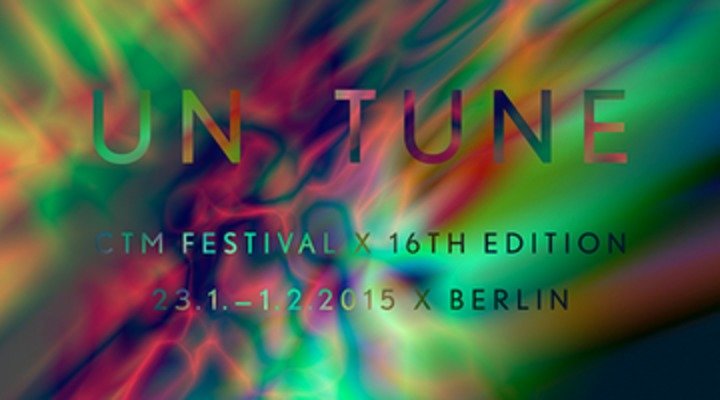 Reigning psychedelic metal lords Electric Wizard appear in celebration of their new release, Time to Die, an album that “deserves every accolade thrown its way” (Pitchfork) and which the band has supported with only a select few live appearances to date.
French producer Paul Régimbeau, most commonly known as Mondkopf, brings his own shade of acerbity under his new grindcore-influenced alias Extreme Precautions.

The 16th edition of CTM – Festival for Adventurous Music & Art – will take place 23 January – 1 February, 2015 in Berlin at venues including Berghain, HAU Hebbel am Ufer, Kunstquartier Bethanien and Astra. Under the title UN TUNE, CTM 2015 aims to engage with the direct bodily effects of frequencies, sound, and music, as well as these phenomena’s synergistic effects with other sensory stimuli. Artistic experimentation with the affective and somatic effects of sounds and frequencies opens up possibilities of tuning and de-tuning the composite that interconnects body, matter, energy, and (musical) machines – and of exploring our perception. For more information, please consult the festival website:
Presented by
CTM
Previous
All
Next