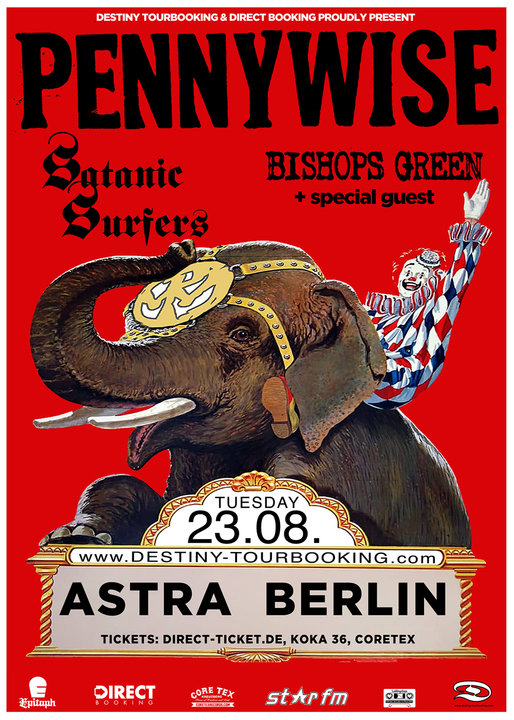 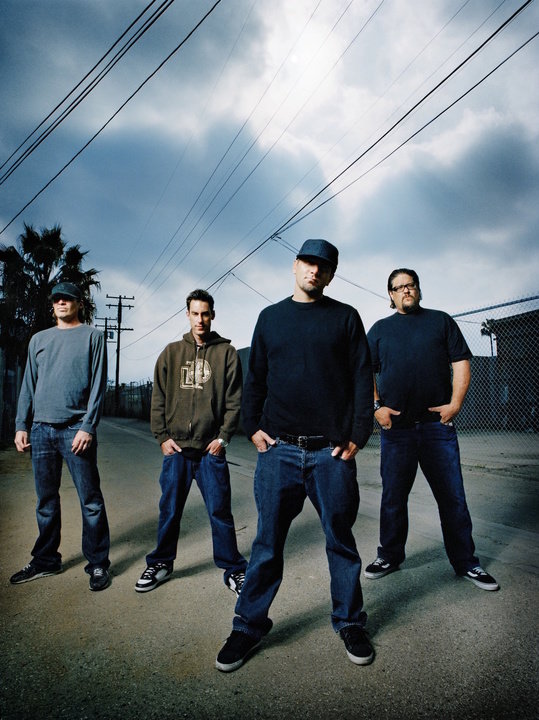 In the ever turbulent world of punk rock music, New York City claims the Ramones and Los Angeles proudly boasts PENNYWISE, the most significant hardcore band to emerge from SoCal punk’s second wave.

A thriving, ground-breaking punk rock band for over 25 years, the Hermosa Beach group has seen members come and go but it’s relentless, in-your-face, middle finger in the air, anthem-chanting sound has never wavered one iota.

The genesis of PENNYWISE can be traced back to the South Bay 1988 when punk couldn’t be less popular and metal ruled the roost. The four original members of PENNYWISE immediately crafted a style all its own—a tidal wave of California hardcore, melodic surf punk and optimistic anthems that went against the seek-and-destroy ethos of its era.

PENNYWISE would go on to build an international following through relentless touring. A no nonsense band best-known for its pounding rant “Fuck Authority,” searing soul-searcher “Alien” and its ode to brotherhood, “Bro Hymn,” an autobiographical song that pays tribute to its founding bass player, Jason Thirsk, after his tragic death in 1996. The band recently enjoyed its most significant success to date, with their top 20 single, “The Western World” which dominated at KROQ 106.7, L.A.’s No. 1 modern rock station.