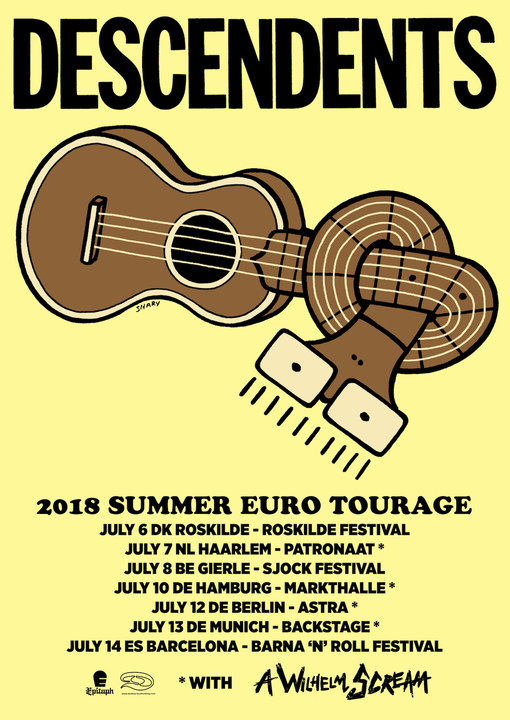 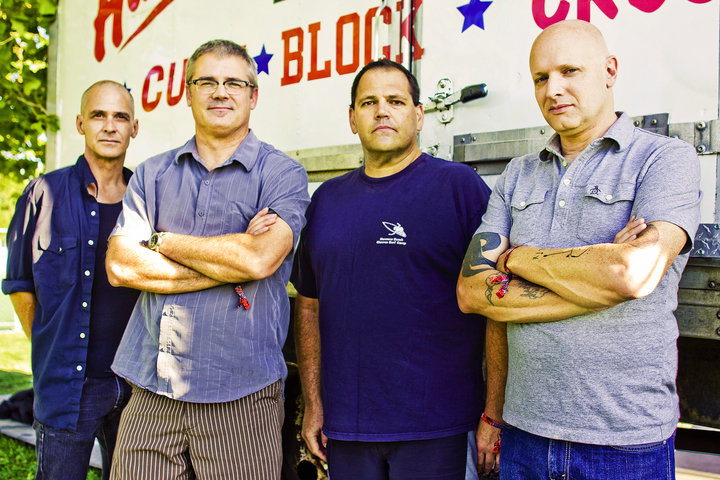 The Descendents, driven by “rejection, coffee, girls, fishing, and food”, emerged from the South Bay area of Los Angeles in late 1978 during the early days of the Southern California punk scene. They were influenced by everything from the Beach Boys, to fledgling punk bands like the Ramones and Black Flag. Originally a three piece, made up of guitarist Frank Navetta, bassist Tony Lombardo, and drummer Bill Stevenson, the band released their debut single, Ride The Wild in 1979, while most of the members were still attending Manhattan Beach’s Mira Costa High School. After this first release the band was quickly joined by another high school friend, Milo Aukerman.

Aukerman became their lead vocalist and the band released the seminal debut LP, Milo Goes To College. Through the bowels of ingenuity the album’s fusion of catcy melodies and raw enerty has been said to have bred the “pop punk” genre. The album’s anthems, delivered by the crop-haired geek-cum-heartthrob, Aukerman, inspired the Los Angeles Times to write, “…perfect for the little guy who was ever called a nerd and never got the girl. The chain saw pop combined with earthy humor conveys what is often an inarticulate rage.” Despite the levity of the album’s tracks, Milo actually did go to college. Stevenson joined Black Flag, and thus began the first of many breaks for the band.

In 1985 Stevenson left Black Flag, Aukerman left college (for a while), and Descendents were reborn for the first of many times. Taking a more pop-flavored turn, and with a couple of line-up changes, the band continued touring and releasing albums. With the induction of Karl Alvarez on bass and Stephen Egerton on guitar, and the release of 1987’s ALL LP, the Descendents now had what Hit Parade magazine referred to as “killer chops”. However, in the fall of 1987, Aukerman went back to college, eventually earning a PhD, and embarking upon a career in research. Stevenson, Alvarez, and Egerton carried on under the name of ALL, further honing their musicianship and songwriting.
In 1996, inspired by his wife, Dr. Aukerman rediscovered his musical inclinations, which lead to the Descendents recording their first album in 9 years, Everything Sucks, a perfect return to the musical form that the band had become known for. Produced by Stevenson and Egerton at the band’s own aptly-named studio – The Blasting Room in Fort Collins, Colorado – Everything Sucks picks up exactly where ALL left off. Following a rigorous tour, Aukerman once again returned to his life in the lab.

In 2004 Descendents surprised fans once again with two new releases on Fat Wreck Chords – the EP ‘Merican and full-length Cool To Be You. Once again, Aukerman heeded the call in 2010, as Descendents return to play shows in Austin and Australia, as well as shows in Europe and North America for 2011. Of course, the future is unwritten. Just as it seemed Descendents closed their final chapter in musical history, the fourth decade of Descendents evolution begins.
"I think one of the things that’s kept us inspired over the years is having the music as an outlet for our frustrations,” says Milo, who delivered a particularly impassioned, even aggressive vocal performance. “Having the freedom to completely blow my voice out every time I recorded was a very positive experience for me,” he says about their latest album 'Hypercaffium Spazzinate'. 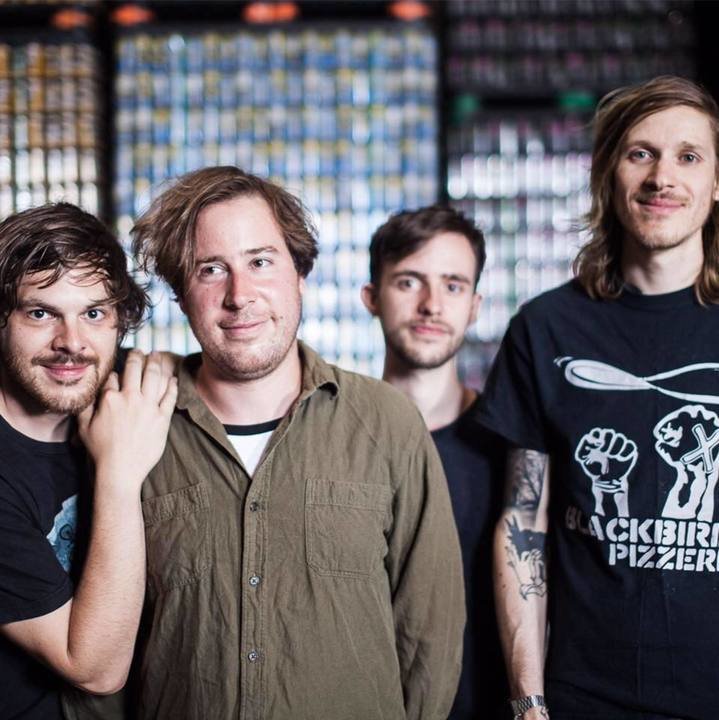 Blasting out of a dirty basement’s rehearsal room there comes the straight forward punkrock sound of Austria’s very own ASTPAI. Think of Strike Anywhere meets AC/DC, never lacking a sense in melody and sing-a-longs. Their Hardcore/Punk sound comes along with both very personal as well as political views and offers some new ideas without just presenting shallow paroles and drained statements.

ASTPAI has been a consistently touring band for five years now, including destinations such as Western-, Central-, and Eastern Europe as well as the USA, Canada and Russia.

In a total of ten years the band has shared stages with numerous international acts like Anti-Flag, Flogging Molly, Leftöver Crack, Fucked Up, Paint It Black, The Flatliners, Dead To Me, A Wilhelm Scream, The Casting Out (Ex-Boysetsfire), and many more.

ASTPAI love to be busy and they’re busy with what they love.