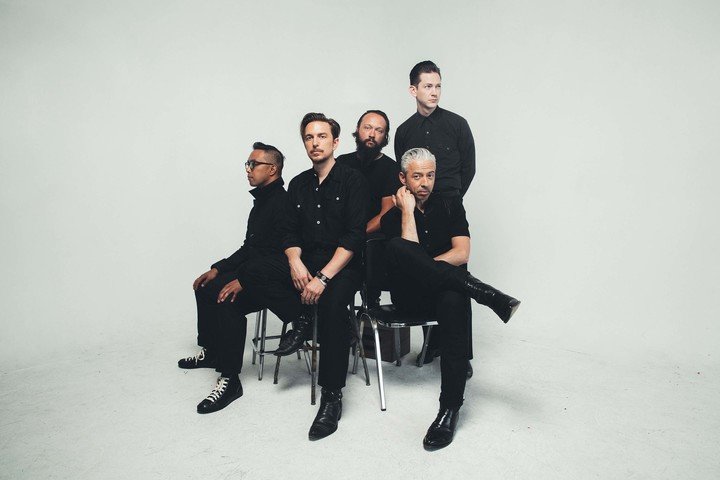 Signs & Signifiers is 10 years old this year, and we thought it would be a blast to head out on a short tour, and perform all the songs from the album, including some covers from that period, which is something we’ve rarely done... I thought it could be a nice way to celebrate this little record that changed my life.

Known for his highly resonant voice and vintage-inspired sound that nods to '40s R&B and '50s rock & roll, JD McPherson has cut a distinctive path on the roots and Americana scenes. McPherson initially broke through with his propulsive 2010 single "North Side Gal" off his debut Signs & Signifiers. Pairing with bassist/producer Jimmy Sutton, he quickly built a rabid following, and drew critical praise for his soulful analog aesthetic. Subsequent albums, like 2015's Let the Good Times Roll, and 2017's Undivided Heart & Soul, continued to find McPherson building upon his old-school passions while showcasing ever-more stylistically adventurous collaborations with contemporaries like Lucius, Dan Auerbach, and Nicole Atkins.

Born in rural Buffalo Valley, Oklahoma, in 1977, McPherson grew up listening to a wide array of music from traditional country and rockabilly to punk and hip-hop. Although music was always an interest, the singer first worked on his family's cattle ranch and later earned a Master's degree in open media from Tulsa University, eventually teaching and receiving attention for his video art installations. It was while performing with the Tulsa-based roots ensemble the Starkweather Boys that his classic style caught the ear of Chicago retro-rock impresario Jimmy Sutton. He backed Sutton for a few shows and formulated an idea for his own solo project.

In 2010, he released his solo debut, the Sutton-produced Signs & Signifiers (featuring the single "North Side Gal"), on Hi-Style Records. The video for the "North Side Gal" went viral and, along with a heavy touring schedule, helped build McPherson's fan base. Two years later, Signs & Signifiers was re-released to a wider audience on Rounder Records and ultimately reached number 47 on the Billboard Rock Albums chart. That same year, McPherson was invited to join acclaimed British singer/songwriter Nick Lowe on a leg of his West Coast tour.

In 2017, McPherson returned with his third full-length album, Undivided Heart & Soul. Recorded in Nashville's historic RCA Studio B with Lucius drummer Dan Molad producing, the album found McPherson exploring a fuzztone, '60s-style R&B. Featured on the album are collaborations with Butch Walker, Parker Millsap, and Aaron Lee Tasjan. Also featured are guest spots from Lucius singers Jess Wolfe and Holly Laessig, Nicole Atkins, and the Raconteurs guitarist Jack Lawrence. Included on the album are the singles "Crying's Just a Thing That You Do" and "Lucky Penny." McPherson's first-ever holiday-themed album, Socks, arrived in 2018.