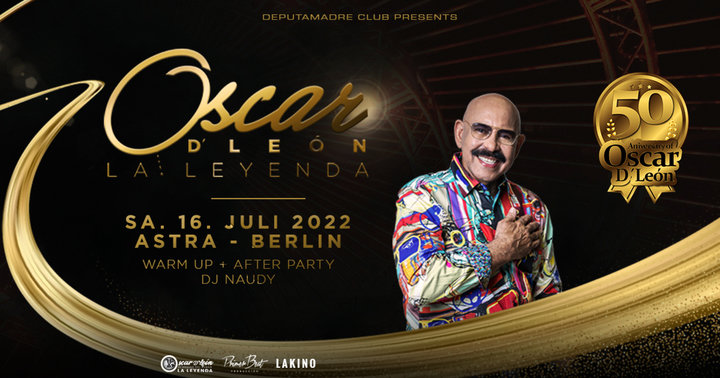 Oscar De León, the king of salsa, is back in Berlin to celebrate his 50th anniversary!
A legend on stage, not to be missed!

It was in 1972 that Oscar De León formed «La Dimension Latina», that becomes one of the most recognized orchestras in the Caribbean, and penetrates the North American market. Oscar De León transforms the concerts of «La Dimension Latina» into a show, with his charisma, his talent as a «sonero» and a dancer, capable of playing the bass at the same time, which earned him the nickname of audience El Bajo Danzante (the dancing bassist).