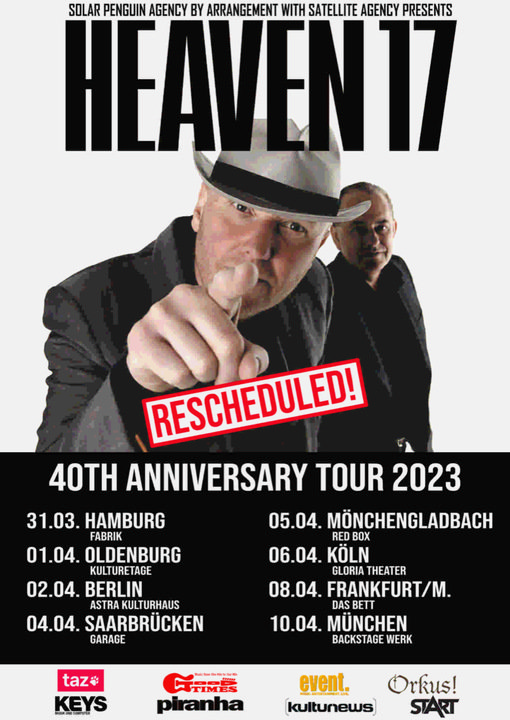 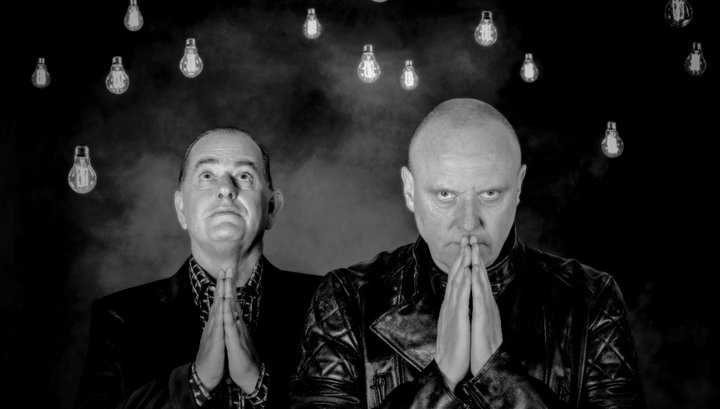 Heaven 17 are an electronic Synth Pop and New Wave band who hail from Sheffield, England, UK. Once part of another electronic (Sheffield) band, The Human League, Ian Craig Marsh and Martyn Ware decided to form their own band after creative differences with Phil Oakey. They took on board lead vocalist Glenn Gregory and shortly after released their first single '(We Don't Need This) Fascist Groove Thang' (1981).

Throughout the mid-1980s, Heaven 17 produced a string of hit singles and albums, and are probably best remembered for the song 'Temptation' which reached No. 2 in 1983 and No.4 in 1992. Their most successful album to date is 'The Luxury Gap', a No.4 hit in 1983, an album that spawned the top twenty hit 'Crushed by the Wheels of Industry' and another top five hit 'Come Live With Me'. Noteable albums include 'Penthouse and Pavement' (1981) and 'How Men Are' (1984), both top 15 hits on the UK album chart.

Heaven 17 also appeared on the Band Aid single 'Do They Know It's Christmas' (1984) which went to number one. They worked with Duran Duran, George Michael, and Spandau Ballet among many others. The same year they re-teamed with Phil Oakey on the soundtrack to the feature film Electric Dreams (1984).

Heaven 17 took their name from the Anthony Burgess novel and film Uhrwerk Orange(1971).