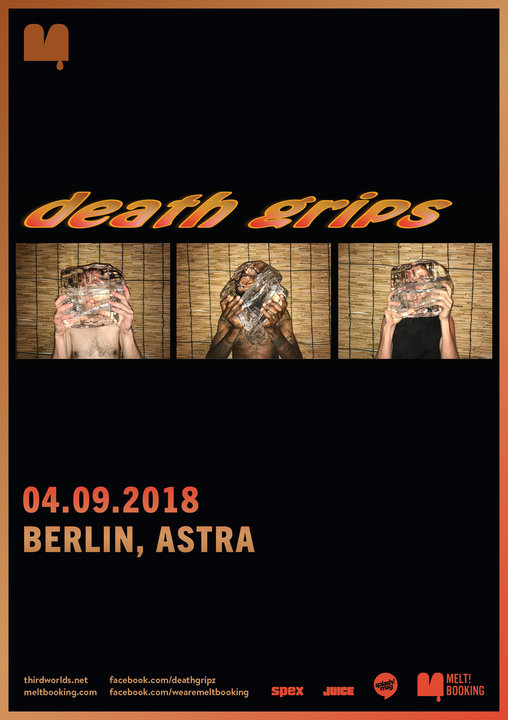 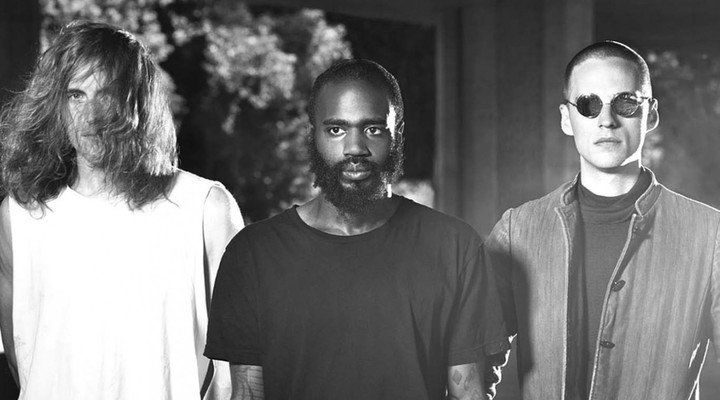 Death Grips are an experimental hip hop group formed in Sacramento, California in 2010. The group consists of Stefan Burnett (vocals) and the production team Zach Hill and Andy Morin. Their live setup consists of Burnett on vocals, Morin on keyboards, and Hill on drums.

The group officially formed December 21, 2010, and released its first single and video for “Full Moon (Death Classic)” on March 8, 2011. On April 26, 2011, they released their debut album, the mixtape Exmilitary. NBCNewYork.com called it “an intense, dark listen.”

On February 27, 2012 Death Grips signed with Epic and. The first official album, The Money Store, was released on April 24. Music videos were made for the singles “Blackjack,” “Get Got,” and “Fever (Aye Aye).” The track “Lost Boys” was also released alone with no video accompaniment.