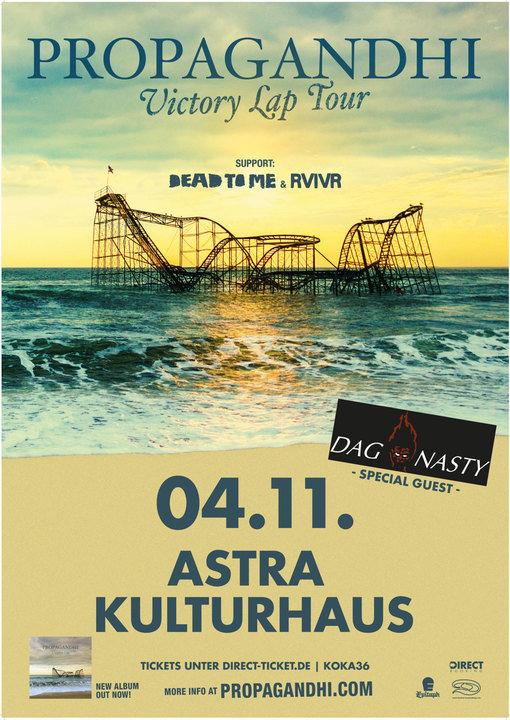 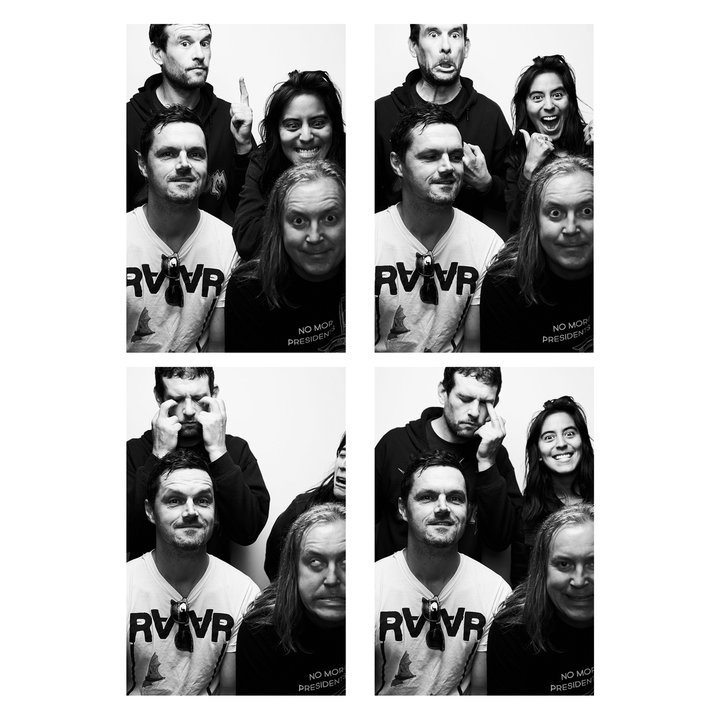 Since forming in Manitoba in 1986, Propagandhi have brought an emphatic anti-fascist message to their music. Along with addressing a number of personal losses suffered in recent years, Victory Lap, the band's first full-length since 2012's Failed States, finds the band facing a landscape in which fascism is—among a certain crowd—suddenly trendy. 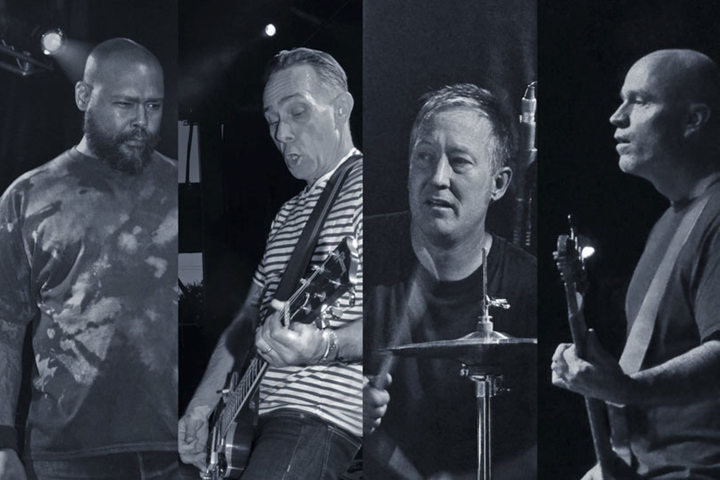 The band started in the summer of 1985, made up of ex-members of Minor Threat and Bloody Mannequin Orchestra. Through the years, they cycled through 3 different singers, 2 bass players, and 3 drummers in their four year active existence (1985-1988). The band itself had a huge impact on the world of underground music, due to the fact that Dag Nasty practically introduced melodic hardcore in the mid-'80s. But although the group was more accessible and melodic than Minor Threat or similar bands, they never lost their bracing, blistering edge. The concept of the band came about from former-Minor Threat and Meatmen guitarist Brian Baker. After vocalist Shawn Brown departed the group, ex-DYS frontman Dave Smalley completed Brian Baker's vision of what the band should be.

Dag Nasty recorded their first album, "Can I Say" (1986), with D.C.-punk guru Ian MacKaye assisting on the production. The following year, Smalley left the group; he was replaced by Peter Cortner, who added more pop elements to the band's sound with the album "Wig Out at Denko's". Dag Nasty moved from MacKaye's Dischord label to Giant in 1988 and released their last album (at the time), "Field Day". This album was even more of a departure from the original sound.
After the break up of the band, the members of the band went their seperate ways and were involved in various projects of their own. Along with former-Big Boy Chris Gates, Baker formed the metal band Junkyard in 1989, which released two records on Geffen before fading away.
Dag Nasty came back together in 1992 with Dave Smalley back on vocals. They released "Four on the Floor" for the growing underground punk scene that was only a few short years from breaking into the mainstream. The response was enthusiastic, but the band stepped away from the business again. Ten years later, they reunited once again with "Minority of One" which was released on Revelation Records.
So far, they have officially released 5 full length LP's, a compilation box set/lp, 2 singles (one 12" and one 7"), and have appeared on several compilations. There is occasional talk of future releases and possibly future tours, but it's been relatively quiet recently as band members are involved more and more with their other bands, their careers, and their families. 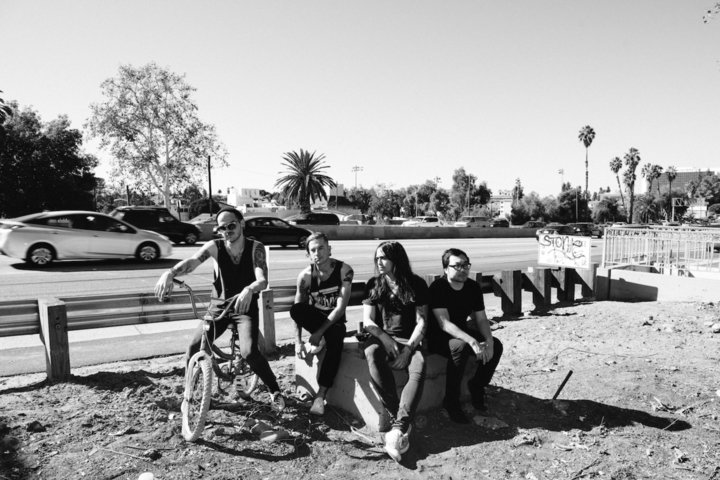 San Francisco, 2018 - One thing that always seems positive in politically turbulent times is that great art and music is born from it. Like the Clash before them, Dead to Me are a band that find themselves at the intersection of these powerful human agencies. As one of Dead to Me’s biggest influences, The Clash found themselves a constant through the original “Make America Great Again” populism of the late seventies and eighties. Today, after being a staple of Northern California for over a decade, Dead to Me has found itself back in a rebirth of this same nationalist message. It seems as if everything has come full circle.

In reality though, over the last decade not a lot has stayed the same. For the band, since founded by vocalist/guitarist Jack Dalrymple and bassist/vocalist Tyson Annicharico, Dead to Me has gone through more than a couple of changes within its ranks. After the release of their LP, Cuban Ballerina (2006) and their EP, Little Brother (2008) Dalrymple himself had left the group to spend time raising his new born son as Annicharico continued on with drummer and cousin Ian Anderson. After recording two more albums, African Elephants (2008) and Moscow Penny Ante (2011) the band reunited with Dalrymple in 2014. At this point, they had rounded out as a four piece with guitarist Ken Yamazaki.
The year 2014 was also a one of big change for Annicharico personally. This is the year he would find himself nursing his last hangover from drugs and alcohol. Along with Anderson, the two found sobriety and a new focus on the band with Dalrymple and Yamazaki. They continued touring and began writing again. They recorded the EP, I Wanna Die in Los Angeles which was released in 2016 and immediately started work on a full length follow up. They are currently in the studio with Grammy Award-winning producer/engineer, Chris Dugan (Green Day, Iggy Pop) and are already set to release the first single “Fear Is the New Bliss” on February 2nd from their upcoming album slated for a late spring release.
Of working with Chris Dugan, Annicharico said:
“Working with [him] was such a rad experience for the band. We had sent him demos of new songs for the album and he immediately was on board for the vibe we are trying to establish. That’s not easy to find in my experience. We are huge fans of his work and our guitar player Jack has made a few records with him, so we all felt really comfortable working with him. It’s important to feel like the people you are working with in the studio share the same vision with you and that you can trust that each other’s ideas will be respected and explored, and there was an immediate connection with Chris where we all felt like we were working towards the same end result.”
In between recording, the band is set to begin the first leg of their US tour on February 14th in Las Vegas to promote the single. After the album wraps, they’ll announce dates throughout North America and Europe to support the release through the rest of the year. Being such a hardworking and consistent influence on punk music for the last ten plus years, the members of this band are set on nothing less than Making Great Music Again. 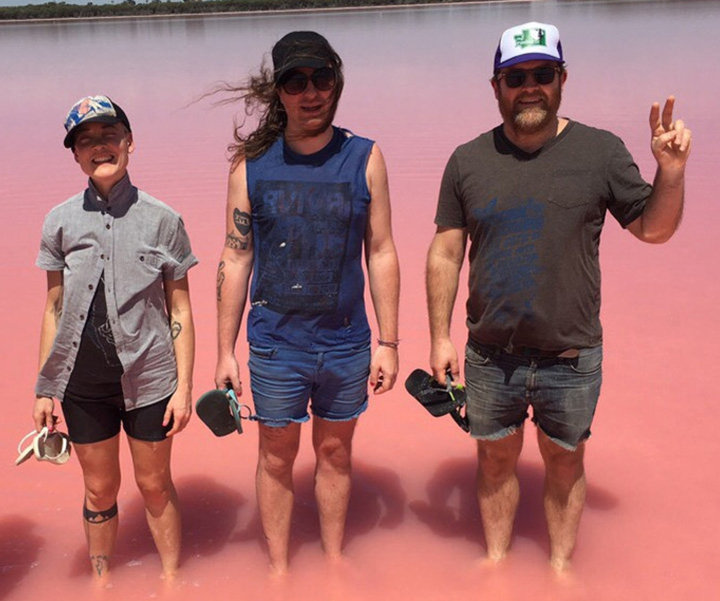